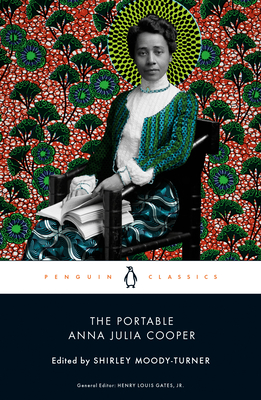 A collection of essential writings from the iconic foremother of Black women's intellectual history, feminism, and activism, who helped pave the way for modern social justice movements like Black Lives Matter and Say Her Name

Recognized as the iconic foremother of Black women's intellectual history and activism, Cooper (1858-1964) penned one of the most forceful and enduring statements of Black feminist thought to come of out of the nineteenth century. Attention to her work has grown exponentially over the years--her words have been memorialized in the US passport and, in 2009, she was commemorated with a US postal stamp. Cooper's writings on the centrality of Black girls and women to our larger national discourse has proved especially prescient in this moment of Black Lives Matter, Say Her Name, and the recent protests that have shaken the nation.

Anna Julia Cooper (1858 - 1964) was an American author, educator, sociologist, speaker, and Black liberation activist, and one of the most prominent African-American scholars in United States history.

Shirley Moody-Turner (editor) is an associate professor of English and African American Studies at Penn State University. Through a Center for Humanities and Information grant, she helped support the Moorland-Spingarn Research Center at Howard University in digitizing the Anna Julia Cooper papers. She is currently the editor for African American Literature in Transition 1900-1910 (Cambridge University Press).