The Nature of the Farm: Contracts, Risk, and Organization in Agriculture (Paperback) 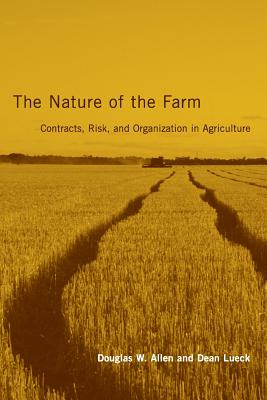 The Nature of the Farm is a theoretical and empirical study of contracts and organization in agriculture based on the transaction cost framework. Transaction costs are important in agriculture because nature (for example, seasonality, weather, pests) plays such a critical role in determining output and limiting the ability of farmers to specialize. The book develops specific models and tests the implications of those models against data sets from across North American agriculture, as well as against historical case studies such as eighteenth-century European land contracts and the late nineteenth-century Bonanza farms in the United States.

The book is organized in three parts. Part I examines the classic question of what determines the optimal choice between fixed rent and cropshare arrangements, concluding that it is determined by a trade-off between incentives to overuse rented land and incentives to underreport shared output. Part II tests several predictions derived from a standard risk-sharing model of contracts and finds little evidence that risk sharing is important in contract choice. Part III extends the transaction costs analysis to broader organizational issues. It introduces seasonality and timeliness costs as forces influencing the gains from specialization and the costs of contracting, and finds that farm ownership and farm organization are routinely shaped by these forces.

Douglas W. Allen is Endowed University Professor in the Department of Economics at Simon Fraser University.