Irons in the Fire (Paperback) 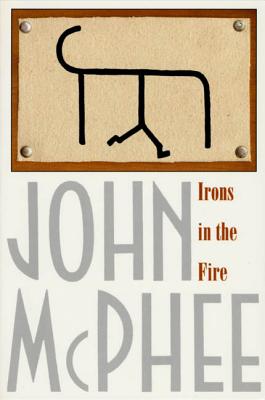 This acclaimed collection of essays begins with the title essay and a trip to Nevada, where, in the company of a brand inspector, John McPhee discovers that cattle rustling is not just history.

“McPhee is known as the dean of 'literary journalists' . . . His writing creates its own wonderful topographical map of the ways of the world, contemplated with both microcosmic closeness and cosmic breadth.” —Kate Shatzkin, The Baltimore Sun

“Somehow McPhee finds, again and again, the kind of people we're told don't exist anymore: unsung heroes . . . living lives of absolute mastery of their varied fields. A master himself, McPhee writes about them with grace. This is a close to poetry as journalism gets.” —Andrea Gollin, Miami Herald

“McPhee's essays are proof that the kind of journalism that can effortlessly put a topic into perfect perspective will never go out of style.” —Robert R. Harris, The New York Times Book Review