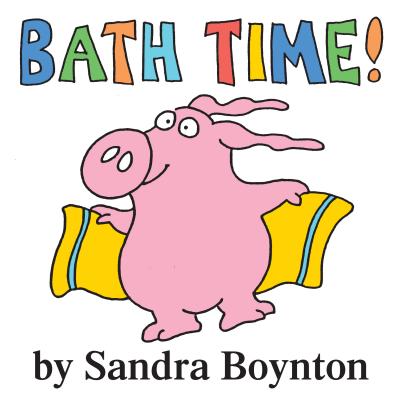 It's Boynton for the bath!
Hey! Hey! What do you say! It’s time to take a bath today.

From the irrepressible Sandra Boynton, an irresistible storybook for bath time. It’s a classic tale of pig meets paint. Spattered with colors from a long day at the easel, the pig takes to the tub, washcloth in hoof, determined to get all pink and clean. On the last page, the snout has a bound-in squeaker. Get it? Squeaky clean?