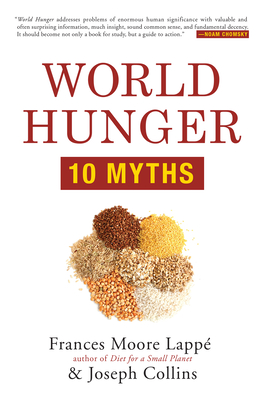 From best-selling authors Frances Moore Lapp and Joseph Collins comes the 21st century's definitive book on world hunger. Driven by the question, "Why hunger despite an abundance of food?" Lapp and Collins refute the myths that prevent us from addressing the root causes of hunger across the globe. World Hunger: Ten Myths draws on extensive new research to offer fresh, often startling, insights about tough questions--from climate change and population growth to genetically modified organisms (GMOs) and the role of U.S. foreign aid, and more. Brimming with little-known but life-changing examples of solutions to hunger worldwide, this myth-busting book argues that sustainable agriculture can feed the world, that we can end nutritional deprivation affecting one-quarter of the world's people, and that most in the Global North have more in common with hungry people than they thought. For novices and scholars alike, World Hunger: Ten Myths will inspire a whole new generation of hunger-fighters.