The Soul of the Indian: An Interpretation (Paperback) 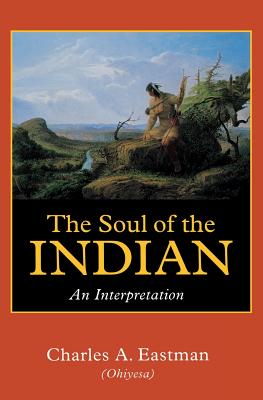 Charles Alexander Eastman (1858-1939) was a mixed-blood Sioux. His maternal grandmother, daughter of Chief Cloudman of the Mdewankton Sioux, was married to a well-known western artist, Captain Seth Eastman, and in 1847 their daughter Mary Nancy Eastman became the wife of Chief Many Lightnings, a Wahpeton Sioux. Their fifth child, Charles Alexander Eastman, as a four-year old was given the name Ohiyesa (the Winner). During the Sioux Uprising of 1862 Ohiyesa became separated from his father—his mother had died soon after his birth-and fled from the reservation in Minnesota to Canada under the protection of his grandmother and uncle. There he was schooled in the Indian ways until the age of fifteen, when he was reunited with his father, who took him back to his homestead in present South Dakota.

Eastman went on to become one of the best-known Indians of his time, receiving a Bachelor of Science degree from Dartmouth in 1887 and a medical degree from Boston University three years later. From his first appointment as a physician at Pine Ridge Agency, where he witnessed the events that culminated in the Wounded Knee massacre, he sought to bring understanding between Native and non-Native Americans. In addition to two autobiographical works, Indian Boyhood (1902) and From the Deep Woods to Civilization (1916), Charles Eastman wrote nine other books, some in collaboration with his wife, Elaine Goodale Eastman (who has told her story in Sister to the Sioux, also a Bison Book).

In The Soul of the Indian, first published in 1911, the author's aim has been "to paint the religious life of the typical American Indian as it was before he knew the white man."