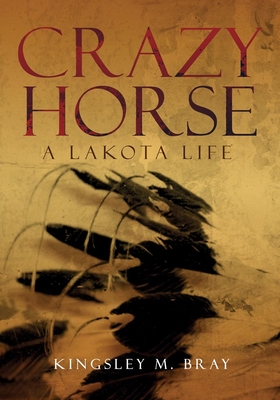 Crazy Horse was as much feared by tribal foes as he was honored by allies. His war record was unmatched by any of his peers, and his rout of Custer at the Little Bighorn reverberates through history. Yet so much about him is unknown or steeped in legend.

Crazy Horse: A Lakota Life corrects older, idealized accounts--and draws on a greater variety of sources than other recent biographies--to expose the real Crazy Horse: not the brash Sioux warrior we have come to expect but a modest, reflective man whose courage was anchored in Lakota piety. Kingsley M. Bray has plumbed interviews of Crazy Horse's contemporaries and consulted modern Lakotas to fill in vital details of Crazy Horse's inner and public life.

Bray places Crazy Horse within the rich context of the nineteenth-century Lakota world. He reassesses the war chief's achievements in numerous battles and retraces the tragic sequence of misunderstandings, betrayals, and misjudgments that led to his death. Bray also explores the private tragedies that marred Crazy Horse's childhood and the network of relationships that shaped his adult life.

To this day, Crazy Horse remains a compelling symbol of resistance for modern Lakotas. Crazy Horse: A Lakota Life is a singular achievement, scholarly and authoritative, offering a complete portrait of the man and a fuller understanding of his place in American Indian and United States history.