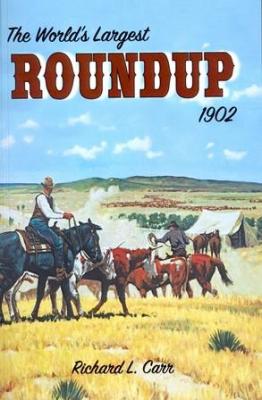 The discovery of gold in California sent a torrent of settlers west across central Nebraska bisecting the migratory route of the Bison and as a consequence, the hunting grounds of the Plains Indians. The Sioux, aware of the fate of their brethren of the east, set out to stop the settlers. The result was war, followed by the conditional surrender by the United States and an agreement that if the Plains Indians would not attack the western bound settlers, the United States would provide them with an area restricted to and solely controlled by the Sioux. This area was equal in size to the combined area of several north-eastern states. As an alternative to following the Bison, the United States agreed to provide one pound of beef every day for each and every Native American over the age of four. The need for the beef precipitated many of the well known cattle drives from the southern states to the areas that surrounded the reservations. Over the years, free grazing and rogue Longhorns so infested the unfenced open prairie of western South Dakota, that in 1901, President Roosevelt ordered their removal, an act that resulted in the Roundup of 1902 and the end of an era.
Carr's book documents this great undertaking and its catastrophic impact on the inhabitants of the area. It also documents the immigration of the author’s Scottish ancestors into north central Nebraska, the cattlemen that they became, the lives of the homesteaders, and the vigilantes who maintained law and order in the vast area north of the Niobrara River and south of Sioux Indian Nations to the north.

Reliable modern histories of the open range days are increasingly hard to find as time dims the memories of those who knew that history well. . Richard Carr's book records a piece of that history and places it in the context of the seismic changes to the lives of the Lakota and the plains they called home. The roundup up 1902 covered a huge swath of southwestern South Dakota and parts of Nebraska south to the Niobrara and Keya Paha Rivers. The book will be of interest to long time and recent residents of the area as well as anyone with an interest in early indian and settler history.
Duane Gudgel Valentine, Nebraska