The Soul of the Indian (Paperback) 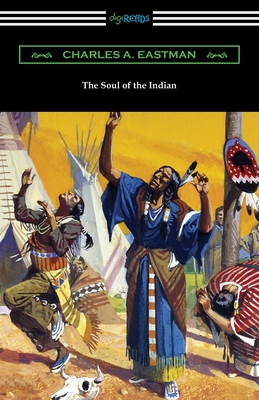 Charles Alexander Eastman (Ohiyesa) wrote "The Soul of the Indian" to examine the spiritual history of Native American's before European settlement in America. Born of Minnesota Sioux parents in South Dakota, Charles Eastman spent his life working with Natives and Europeans to bridge cultural divides. Born into and raised by a traditional Sioux family, Eastman developed a deep connection to the life of American Indians. Yet at the age of 15 Eastman's father persuaded him to adopt a European lifestyle. Consequently he graduated from Dartmouth in 1887 and continued medical studies at Boston University. Becoming one of the most traditionally educated Native Americans in the country, Eastman began writing works exploring the changing identities of Native Americans in the early 20th century. In 1902 he published "Indian Boyhood." He followed with several books including "Old Indian Days", and "Indian Stories Retold." His 1911 work "The Soul of the Indian" vividly depicts Native spiritual and religious practices and beliefs, bringing their rich cultural origins to life. His career as an author led him into the sphere of political and cultural activism, making him an effective champion of Native American's rights. Eastman's lifelong work of mediation between two seemingly disparate cultures made him one of the most influential American Indians of his day. "The Soul of the Indian" is not to be missed by anyone interested in the diverse fabric of the American identity. This edition is printed on premium acid-free paper.