From the Deep Woods to Civilization (Paperback) 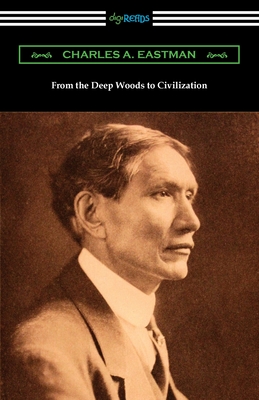 First published in 1916, "From the Deep Woods to Civilization" is the fascinating life account by Charles A. Eastman. Born in 1858 on a Santee Dakota reservation near Redwood Falls, Minnesota, Eastman was educated as a physician at Boston University and was a prolific author and national lecturer. Widely regarded as one of the twentieth-century's most important speakers on Sioux culture and history, Eastman was a significant figure in the movement to reform laws and attitudes towards Native Americans. Eastman first documented his childhood in his 1902 memoir "Indian Boyhood", which chronicles his time with the Dakota Sioux on the reservation until he was 15 years old and left to pursue a Western education. Eastman's memoir was widely read and did much to change perceptions of Sioux culture. "From the Deep Woods to Civilization" picks up where "Indian Boyhood" left off and follows Eastman as he attended school with white students, became certified as a medical doctor, and worked tirelessly to benefit his fellow Native Americans. A uniquely American story, Eastman's autobiography is a rich and deeply satisfying account of struggle and perseverance. This edition is printed on premium acid-free paper.