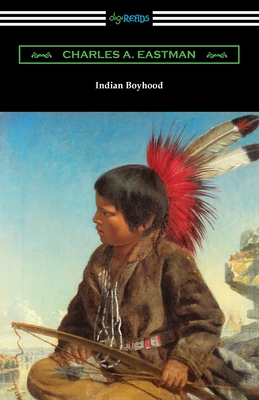 Charles A. Eastman, of Santee Sioux and Anglo-American heritage, was a passionate advocate for the rights of American Indians. He took an active role in national politics, in addition to his work as a physician, writer, and lecturer. He served on the founding committee of the YMCA, establishing 32 Native American chapters, worked as agency physician for the Bureau of Indian Affairs, and represented the American Indian at the Universal Races Congress in London, 1911. He was invited by the Coolidge administration to the Committee of One Hundred, the group responsible for the Meriam report, which eventually served as the basis for Roosevelt's New Deal policies for Native Americans. "Indian Boyhood" is Eastman's first publication, a memoir, which chronicles his first 15 years of life. It gives fascinating insight into the Santee Sioux culture, including hunter and warrior training, religious practices, medicine men, and life before acclimation into the white man's world. This edition is printed on premium acid-free paper.