The Dirty Life: On Farming, Food, and Love (Compact Disc) 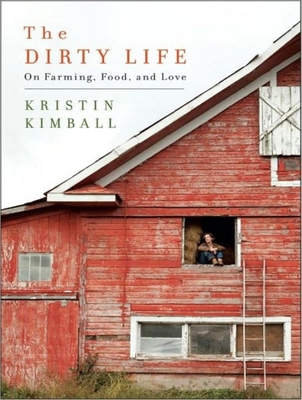 By Kristin Kimball, Tavia Gilbert (Narrated by)
Email or call for price
Out of Print

“Kristin was very much a city girl until a writing assignment brought her to Mark's small plot of land, where he was growing food to feed many families. It was love at first sight, at least for the farming. Falling for Mark didn't take too much time after that. The resulting CSA (Community Supported Agriculture)is a new model in which members can be completely supported by the produce, meat, eggs, and cheese they can pick up weekly, year round. This is a fascinating story of what love of the land and the desire to feed people can do for individuals and communities, and the potential impact that could have on a global scale.”
— Jackie Blem, Tattered Cover Bookstore, Denver, CO

Single, thirty-something, and working as a writer in New York City, Kristin Kimball was living life as an adventure. But she was beginning to feel a sense of longing for a family and for home. When she interviewed a dynamic young farmer, her world changed. Kristin knew nothing about growing vegetables, let alone raising pigs and cattle and driving horses. But on an impulse, smitten, if not yet in love, she shed her city self and moved to five hundred acres near Lake Champlain to start a new farm with him. The Dirty Life is the captivating chronicle of their first year on Essex Farm, from the cold North Country winter through the following harvest season-complete with their wedding in the loft of the barn. Kimball and her husband had a plan: to grow everything needed to feed a community. It was an ambitious idea, a bit romantic, and it worked. Every Friday evening, all year round, a hundred people travel to Essex Farm to pick up their weekly share of the "whole diet"-beef, pork, chicken, milk, eggs, maple syrup, grains, flours, dried beans, herbs, fruits, and forty different vegetables-produced by the farm. The work is done by draft horses instead of tractors, and the fertility comes from compost. Kimball's vivid descriptions of landscape, food, cooking-and marriage-are irresistible. "As much as you transform the land by farming," she writes, "farming transforms you." In her old life, Kimball would stay out until four AM, wear heels, and carry a handbag. Now she wakes up at four, wears Carhartts, and carries a pocket knife. At Essex Farm, she discovers the wrenching pleasures of physical work, learns that good food is at the center of a good life, falls deeply in love, and finally finds the engagement and commitment she craved in the form of a man, a small town, and a beautiful piece of land.

Kristin Kimball is a farmer and writer living in northern New York. She has run Essex Farm with her husband, Mark, since 2003, where the couple lives with their two daughters.

Tavia Gilbert, a multiple Audie Award nominee and "AudioFile" Earphones and Parent's Choice Award-winning producer, narrator, and writer, has appeared on stage and in film. She has narrated over two hundred multicast and solo voice audiobooks.

"Kimball has a gift for throwing into high relief contemporary Americans' disconnect between farm-life realities and city ambitions." ---Booklist