The Soul of an Indian:: An Interpetation (Paperback) 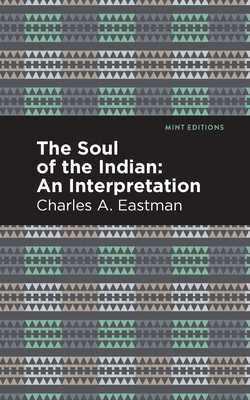 By Charles A. Eastman, Mint Editions (Contribution by)
$5.99

The Soul of the Indian: An Interpretation (1911) is a work of nonfiction by Charles Eastman. Recognized for his achievements as a pioneering Native American physician, Eastman was also a prolific writer whose personal stories, powerful meditations, and in-depth studies of indigenous culture continue to be read and appreciated today. In this ethnographic work, he describes the cultures and traditions of indigenous Americans in order to dispel prejudice, foster understanding, and reconcile Christianity with the religious beliefs of his people. "The original attitude of the American Indian toward the Eternal, the 'Great Mystery' that surrounds and embraces us, was as simple as it was exalted. To him it was the supreme conception, bringing with it the fullest measure of joy and satisfaction possible in this life." Raised among the Dakota Sioux, Charles Eastman knew firsthand the reverence with which the American Indian experienced the world. Despite converting to Christianity as an adult, Eastman recognized a need to right the record on indigenous American cultures, much of which had been written by missionaries and government officials sent to erase the very traditions they claimed to describe. While far from perfect, The Soul of the Indian: An Interpretation is an honest attempt to correct the course of history, fostering peace and understanding between the religions of his past and present: "I believe that Christianity and modern civilization are opposed and irreconcilable, and that the spirit of Christianity and of our ancient religion is essentially the same."With a beautifully designed cover and professionally typeset manuscript, this edition of Charles Eastman's The Soul of the Indian: An Interpretation is a classic work of Native American literature reimagined for modern readers.