Into Helmand with the Walking Dead: A Story of Marine Corps Combat in Afghanistan (Hardcover) 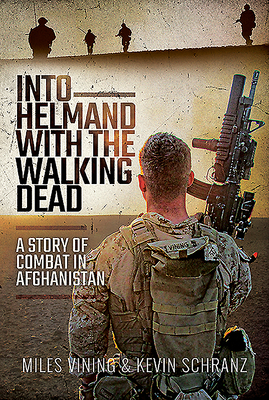 By Miles Vining, Kevin Schranz (Other)
$34.95
PLEASE EMAIL OR CALL FOR AVAILABILITY

The Marines of First Battalion, Ninth Marines earned their macabre moniker 'The Walking Dead' in the Vietnam War. Into Helmand with the Walking Dead follows the experiences of two Marine infantrymen from 1/9 fighting in Afghanistan.

Following the 11 September attacks in 2001, Operation Enduring Freedom catalyzed the longest war in United States history. The lives of thousands of Afghans, Americans, and many others were forever altered due to the ensuing war. The book is a brutally honest portrayal of life and death in the Marine infantry both at war in Afghanistan and upon returning to the home front, where issues of reintegration and suicide become a reality.

This is the tale of the young Americans who became infantrymen and conducted America's foreign policy in its most ruthless and straightforward manner. But war, in and of itself, is only playing a small part. The culture and environment from which they reentered civil society would leave them uncertain, and confused as to the cataclysm they had just left. This book is a testimony to their experience and the legacy of war on their generation.