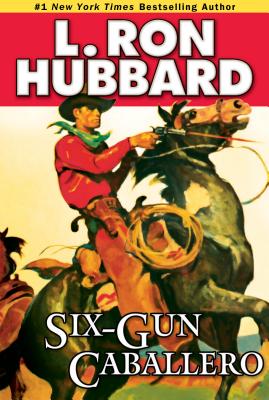 He's handsome. He's charming. He's a total gentleman ... and he's totally outgunned and outnumbered. He's Michael Patrick Oba on. He is faced with a vicious claim jumper. Can he outwit this band of outlaws in the old west.

Oba on's lost his inheritance--a 100,000-acre New Mexico spread--and he could lose his life if he's not careful. A ruthless band of renegades have seized his land, and he's determined to get it back. Oba on's got one secret weapon: his fierce intelligence. He can't outshoot the outlaws, so he'll have to find a way to outwit them....

Part Irish, part Mexican, Michael Patrick Oba on is as American as they come--crafty, confident, and cool under fire. It may be one man against the world, but before he's done the world will know how the West will be won.

In the 1930s a radio program, Writers and Readers, hosted by Bob de Haven, delivered news of the hottest authors of the day--interviewing the writers behind the stories. Here's how he promoted an upcoming broadcast with L. Ron Hubbard: "He has placed in print a million and a half words. He is a quantity producer, well paid and in constant demand. He has outlined some valuable information on his lead novelette ... Six-Gun Caballero." It is an introduction to Hubbard that is as pertinent now as it was then.

"Hubbard uses the traditional Western form to tell a challenging and unpredictable story, where the hero outwits his attackers instead of merely having to outshoot them ... so intelligent and suspenseful." --SomebodyDies.com

As one of the 20 top bestselling authors of all time, with more than 325 million works in circulation, L. Ron Hubbard stands alongside an illustrious company of writers. But he also stands alone as an author who actually lived many of the stories he wrote."

“In the grand tradition of Louis L’Amour.”
—Audio World

“If proof were needed that L. Ron Hubbard could handle the Western with the flair of a Louis L’Amour or Zane Grey, this book is it.”—True West Magazine

“Hubbard uses the traditional Western form to tell a challenging and unpredictable story, where the hero outwits his attackers instead of merely having to outshoot them. In doing so, he also puts the spotlight on the consequences of a well-known historical event: one seen as positive on the one side but obviously not fair to everyone involved. But Six-Gun Caballero is so intelligent and suspenseful that you’ll not really notice the historical subtext until it’s over.”—Somebody Dies, Craig Clarke book reviewer