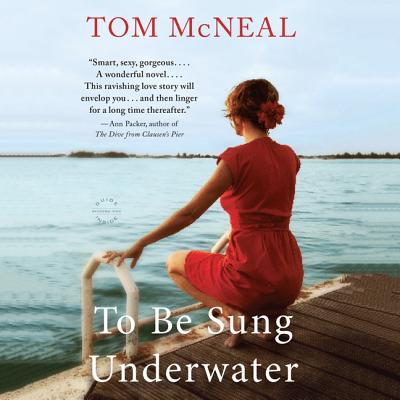 “As a young girl, Judith believed in the kind of love that 'picks you up in Akron and sets you down in Rio.' When she gives up her first love, Willy, she assumes that love like that is not to be had. Instead, she marries the kind of man whose love 'picks her up on Main Street and sets her down at the edge of town.' Now 20 years later, Judith is restless. Her marriage is stagnant, her husband is wandering, and she finds herself staring at a piece of paper with a phone number scribbled on it, a number that might very well take her back to that early dream. You will not want to put this book down!”
— Nancy Simpson, The Book Vault, Oskaloosa, IA

Judith Whitman always believed in the kind of love that picks you up in Akron and sets you down in Rio. Long ago, she once experienced that love. Willy Blunt was a carpenter with a dry wit and a steadfast sense of honor. Marrying him seemed like a natural thing to promise. But Willy Blunt was not a person you could pick up in Nebraska and transport to Stanford. When Judith left home, she didn't look back.

Twenty years later, Judith's marriage is hazy with secrets. In her hand is what may be the phone number for the man who believed she meant it when she said she loved him. If she called, what would he say?

To Be Sung Underwater is the epic love story of a woman trying to remember, and the man who could not even begin to forget.